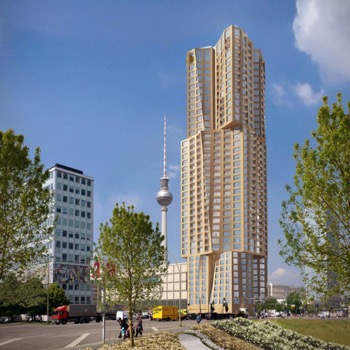 Frank Gehry was planning to build the tallest skyscraper in Berlin which was proposed to be 150 meters in height. However, as per recent reports, the plans of Gehry have now been put on hold due to specific safety issues with subway stations present below the site.

It was in 2014 when Gehry Partners won the competition to design Hines-Hochhaus tower for Hines, an international real estate company in business. It was supposed to be the tallest building in Germany.

However, Hines is now stuck in a significant dispute with the leading public transport firm of the city, Berliner Verkehrsbetriebe (BVG). The discussion is over the matter that the building will hamper U-Bahn metro stations' safety that is present below the site of the tower. Due to the dispute, the project has been put on hold indefinitely till the two parties come to a common ground on it.

On the other hand, Gehry has other successful projects coming up in different regions of Toronto.

As per the reports by Berlin Kurier, BVG had raised an issue sometime last week that if the construction on the site would continue, it could lead to flooding of about 17 subway stations. 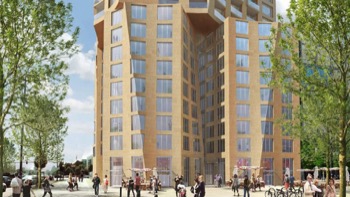 BVG Sigrid Evelyn, in the letter to the concerned authority, mentioned that the construction would lead to severe impairment of the underground operation for many years.

Christoph Reschke, the managing director of Hines, however, denied that concern raised by BVG. He states that the horrible scenario will not occur as the appropriate security arrangements have been made and that the firm has made a negotiation for the same.

This time, the proposal made by Gehry will consist of a twisted block of rotated cuboids. This design is quite similar to New York by Gehry tower built in Manhattan. Made with precious pale stone, the tower will be able to accommodate 300 apartments in total and a hotel.

The original plan was to build the tower further south instead of the current location. Now, Hines has planned the development over the region where the U5 tunnel is located.

To answer BVG’s concerns for the development, Hines has informed that it would build appropriate barriers that would protect the tunnel from the groundwater underneath. Also, daily checks would be performed for the same, and the leakages would be repaired immediately if found.

Till the agreement is reached, the Senate Department for Urban Development has put the construction on halt. The dispute would lead to either of the two things: newer safety measures would be installed, or, the entire project in planning would be cancelled.

Frank Gehry is one of the world's renowned developers in today's times, and his various other projects are being worked upon fine.