By Jeremy Ryans News May 27, 2019 No Comments on Frank Gehry Designs The Warner Brothers Corporate Office

Architecture or art? The debate regarding exactly how to categorize the work of Frank Gehry has oscillated between the two since his Dancing House was unveiled to the world in Prague in 1996.

Where other architects see limits and attempt to work within traditional constraints of lot shapes and floor plates, Gehry sees virtually unlimited imaginative possibilities in the materials of modern architecture and leverages them to create buildings that seem as much interactive sculpture as they are functional, controlled environments.

​Icebergs​ as "The Second Century Project" 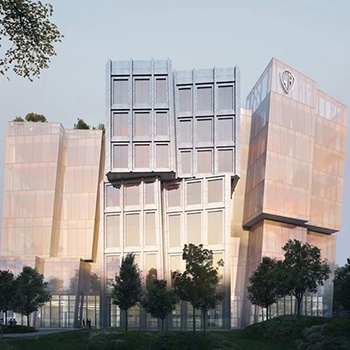 Recently, the Toronto-born Gehry unveiled his plan for a pair of buildings to house the corporate offices of Warner Brothers Entertainment in Los Angeles.

The architect himself referred to the proposed structures as “icebergs”. And if the initial reaction is any indicator they will only serve to add to his legend as the Pied Piper of contemporary design.

The buildings will provide 800,000 square feet of space for the entertainment giant in the heart of the Burbank Media District. Gehry said at the unveiling that he hopes his creation will “recapture that feeling of old Hollywood splendour”.

The development has been given the nickname “The Second Century Project”. It is slated to open in time for the company’s centennial celebrations in 2023 (hence the name) and will provide a variety of surfaces to the viewing public.

On those parts of the complex that face the nearby expressway, there will be a glass facade enclosing Gehry’s signature fluted volumes. Those parts of the structure facing inward toward existing studios and other offices will be clad in a perforated metal sheath.

One of the office blocks will rise seven stories while the other will rise to nine. The total amount of floor space within will total 800,000 mostly useable square feet. Which is something of a departure for Gehry. (Gehry’s designs often challenge the notion of maximizing return on the interior space

​One reason he has not been asked to design many office buildings.) The buildings are intended to house sound stages and a commissary and to provide general purpose office space for Warners.

​The Future of Real Estate 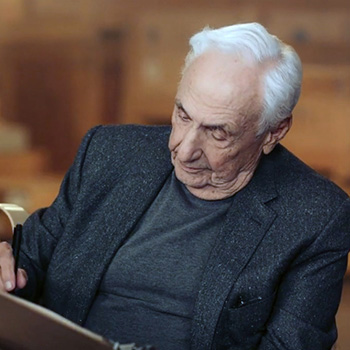 Kim Williams, Executive VP at Warners stated that the new buildings represent “an opportunity to reimagine not only our workspace but our future”.

The new campus, she continued, “will also better position our company for the future and provide for more production capacity”.

The project is slated to be part of, what may turn out to be, one of the most expensive real estate transactions in Burbank’s history, with an estimated overall value in excess of $1 billion.

Frank Gehry was born in Toronto to a Canadian mother and American father. He opened his own studio in the 1960s and rose to prominence in the wake of the postmodern movement of the 1980s. He is well-known and well-represented in his native Toronto where several landmark buildings bear his imprimatur.

These include the Art Gallery of Ontario (the AGO) as well as the soon to rise Mirvish + Gehry condo towers on King Street West. When completed they will be among the tallest buildings in Canada.